It is still strange to me that no one seems to have seen my need for a camera as indicated somewhere on the top right of the content area of this site. Or maybe people have seen it, but don’t understand what it means, what it would mean to receive a camera based on a request that I posted on this site, even on every page.

And yes, maybe it just sound like a demand, like I am just demanding for someone to give me a camera. And maybe I do, maybe that’s also what you read or feel in between the lines of my request. But there must be a million unused camera’s out there with a resolution of around 3 megapixel that are not being used anymore because many people are now using their phone or tablet to make pictures. As that was my idea, that my request wouldn’t cost anything to the person giving it to me as the camera I’m looking for would just be obsolete, lying somewhere in a closet, not being used anymore.

And yes, of course if you are in another country or something sending it may cost a lot, so I can imagine you wouldn’t want to spend for it. But again, you might like or might want to support this site, this project, or even me.

And maybe you wonder why I don’t buy one myself. Or why I don’t have one myself. Well, the first reason is that I don’t want to spend for it as I don’t have so much money at the moment. And another reason is to see if people are willing to give something in return, give something to me because I created this site, this project, spend a little time every day to write a post. As until now not much came to me from this project, although sometimes I get an e-mail from someone who liked the quote I sent. And that type of thing is very important to me, that keeps me going, as until now this project has been quite a lonely business. 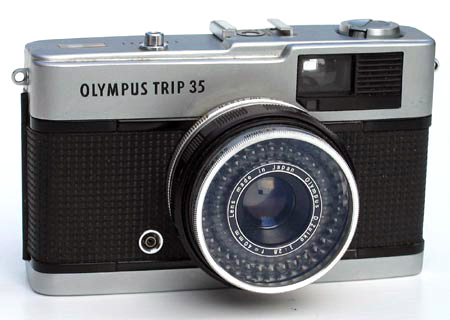 And maybe I can tell you also why I don’t have a camera at the moment. As I kind of had four camera’s in my life. The first one I got when I was a teenager. An Olympus Trip 35. And I was very happy with it and used it for a long time, but unfortunately it was stolen. And the second was a Fuji, not sure what was the type, but I also had that for quite a while, although I didn’t like it so much, even though it was very flat, so very convenient to bring. The third was the first digital camera, and my partner and me bought it for our company, for Active Discovery Designs. I don’t remember the brand or type though, but I liked it very much. Unfortunately that camera was broken by my partner when he was very angry. And in the mean time my partner had given away my second camera to family or friends. The fourth camera was not mine, but was given to my partner as a present from my parents. That was a Canon Powershot S5 IS 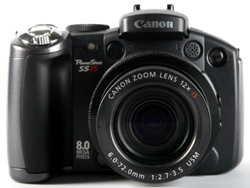 And the last was was lent by my partner to the family and it came back broken. Those things happen often in The Philippines and I still don’t always know how to deal with that, although I understand the people who used it would not be able to replace it or have it repaired. And yes, it has been brought to a shop for repair, but it was not repaired properly. Also that often happens in The Philippines. And mostly it’s just not followed up, so you just end up with a broken camera. Or something else broken.

So well, I am still very hesitant to ask something, demand something. And when I put my request in this site quite a while ago I felt a bit awkward, as indeed, it felt like demanding. And it seems that I was somehow right, that I somehow didn’t find the right way to ask something. As no, I don’t believe in demanding, but maybe I should do that a bit more. As I believe I deserve more, much more than what I have now..

But you may understand from above story that it was not really my fault that I don’t have a camera anymore. Although indeed somehow I have figured out that I am at least partly responsible. But I still don’t fully understand how that works. It seems you can’t control other people, so if they give away things or break things, there is not so much you can do about it, especially if they don’t have the means to replace or repair it.

So no, it seems I still don’t know how to ask for things in a nice way. And it may be I have been demanding for this camera. But yes, it would be nice if someone gave me one, gave me something like the third or fourth camera I mentioned.