I think Electroneum is one of the worst cryptocurrencies currently existing for various reasons, but the most important reason is that you can’t really trade it anywhere.

I also don’t understand why they have been so hard on especially early adapters with, as per complaints I saw in Facebook, very strict KYC requirements where they expect people to fully explain where there funds came from. I think it is not fair to ask such a thing years after someone invested in something.

And yes, slowly  I am starting to consider Electroneum more like a scam than like a cryptocurrency or a company (Electroneum Ltd.). And no, I don’t think it is or was intended to be a scam, but it seems Mr. Richard Ells is more on sales and marketing than about cryptocurrency. Like his recent ‘big Electroneum announcement’ was about the Digital Pound Foundation, not about promoting Electroneum or the use of Electroneum.

My main criticism about Electroneum is that it seems that they impose a kind of impossible KYC procedure on some of their clients and they changed the blockchain in a way that it is fully controlled by them through a set of mining/validating nodes chosen by them. And that is a very limited number of validators, like in the twenties, so it would be relatively easy to create fake transactions, contrary to other blockchains where anybody can mine or validate transactions.

So yeah, better stay out of Electroneum and stay away from anything related to it or to Mr. Richard Ells.

I did not really follow Electroneum anymore and I am very sad and annoyed now that it seems the Electroneum team has taken full control of the mining and everything around Electroneum. Maybe a good thing from their perspective and goals, but I put a lot of effort a while ago in Electroneum, like with my Electroneum mining page, but that all seems outdated now. And I reinstalled the Electroneum daemon, but downloading is very slow now as I presume there are only few operational nodes left.

So yes, maybe the founder is getting what he wants, but he is leaving a lot of rubbish and disappointed people behind. People who were very supportive and enthusiastic at the beginning. Like no mining anymore it seems for Electroneum, when I just got interested again as Bitcoin gained a lot in worth again, and with it I presume the other crypto currencies.

I am a little bit happy again with the Electroneum team as they seem to address the block 202612 issue.

A recent post on SteemIt worries me a lot: Electroneum Hackerone ethical disclosure and unethical practices by etn team. And also the fact that Electroneum is still only listed on Cryptopia. No matter their reasoning, it is kind of unacceptable they were not able to list Electroneum on more exchanges until now. 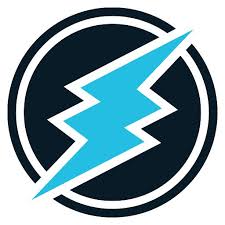 Electroneum is intended to be THE cryptocurrency for everybody, ‘for the masses’ saying it in a more common way, although ‘masses’ sounds a bit offensive to me. And I did not really understand why e.g. Bitcoin has never become the cryptocurrency for the masses, or why it isn’t, but knowing more now about the technology being used I do understand. And when finding out what Electroneum is actually about I got a bit scared, as basically Electroneum is a centralized database of Electroneum wallets. Realizing that I also realized why the team was so focused on security and postponed the launch of the wallets after having been attacked by a large Denial of Service (DOS) attack just after the official launch on November 1, 2017. And I also understand now why they just continued with keeping the blockchain live and did not shut that down also.

Before moving your Electroneum to your offline wallet just know it is not easy to move your Electroneum out of your offline wallet. Or actually it is pretty easy if you are a bit computer literate, but this ‘not so easy’ is exactly the problem the Electroneum team has been trying to solve; and actually solved. Yes, by giving up some security, some safety, but still. And it is kind of the only way to make cryptocurrency available to the masses, so they did the right thing by creating what they created.

All seems to work fine now, about half a day after the relaunch. I was able to access my account, transfer some ETN there from my paper wallet and the app is also working, although I just got a ‘retry’ because of heavy traffic.

Not bad for all the complainers, about 6 weeks additional waiting or so and seeing their investment going seven fold.

Today I got an interesting comment on my page about Electroneum mining pools: how to convert Electroneum to fiat currency. And that reminded me of two things.

The first was that when I wanted to know more about Bitcoin and wanted to buy some I found it was not that easy to buy it; or at least not easy and cheap to buy Bitcoin. And right now I figured out it is even harder to convert Bitcoin to fiat currency than buying Bitcoin. Actually it was pretty easy and cheap to buy Bitcoin, as I just transferred some money to Kraken (for free) and bought some Bitcoin there for as far as I remember with a very low fee. The second was that Electroneum is intended to be a currency to be used by ‘the masses’, meaning it is to be used as a currency for daily use. So why would I want to convert it to fiat currency anyhow? The opposite question would be much more important: how can I convert fiat currency to Electroneum?

In practice that would be not that easy, as I found that there are not many exchanges providing conversion of cryptocurrency to fiat currency, any fiat currency, let alone the fiat currency of my choice. Or maybe there are exchanges that provide that service, but in my case, living in The Philippines, I only know of one exchange providing that service: Coins.ph. The problem is that Coins.ph only accepts Bitcoin (for now) and no other cryptocurrency. And recently moving Bitcoin around has become very expensive. Again, the route is not that hard: convert Electroneum to Bitcoin, which can easily be done on Cryptopia, then move the Bitcoin to Coins.ph, and then cash out the, in my case, Philippine peso, in my preferred manner, even for free, as Coins.ph offers transfer to certain bank accounts for free.

Main problem with the route through Coins.ph is that it is very expensive. First I have to transfer the Bitcoin to Coins.ph, which currently may cost up to USD 30.00 or something, and then I have my currency conversion cost, which I found to be very high at Coins.ph, something like 5%. So if I want to transfer an amount of USD 100.00 in Electroneum I would probably end up with an equivalent Philippine peso amount of around USD 65.00. Not a very good deal.

I guess in other countries, especially Western countries, it may be easier, as I presume there are more exchanges providing even more currencies, crypto as well as fiat. But I am not sure, and it probably leaves many countries where it is not that easy or even impossible.