I kind of accidentally stumbled upon the video of Dandapani about the power of concentration, the power of doing one thing at the time and I am really amazed how often I do or want to do multiple things at the time. So he says something like “do one thing at the time and finish it”. So I have been watching myself for the last few days and I am watching myself more and more, am more aware about what I am doing, what I want to do at the same time. And sometimes I still do, but I am more and more aware of when I do it. And indeed, how not concentrated I am when I do multiple things at the time.

Like tonight I decided to connect my laptop to my music collection on another computer and started playing music. And yes, music can be played in the background. So while I was cooking I played music in the background. But while eating I decided to turn the music off and focus on the eating. And the laptop was still on and open on my table and I was amazed how often my mind went to the screen, mostly resulting in thinking other thoughts and indeed forgetting about concentrating on the eating, on my food.

And finishing things and doing one thing at the time is hard sometimes. As while cooking sometimes I had to wait for the cooking process to finish. And normally, also this time, I started doing things next to the cooking. But my awareness was still with the “doing one thing at the time” and I realized that indeed starting doing something else may result in forgetting about the cooking and messing up the food, like letting it burn or cook too long or something.

Mmm, and hard now, as I don’t feel like finishing this post. I don’t really know what else to write right now. So maybe just put some links and maybe a picture. But indeed, starting this post without the intention to finish it puts me in a weird position now, at least that is how it feels.

So yes, very interesting being aware about doing one thing at the time and finishing things. 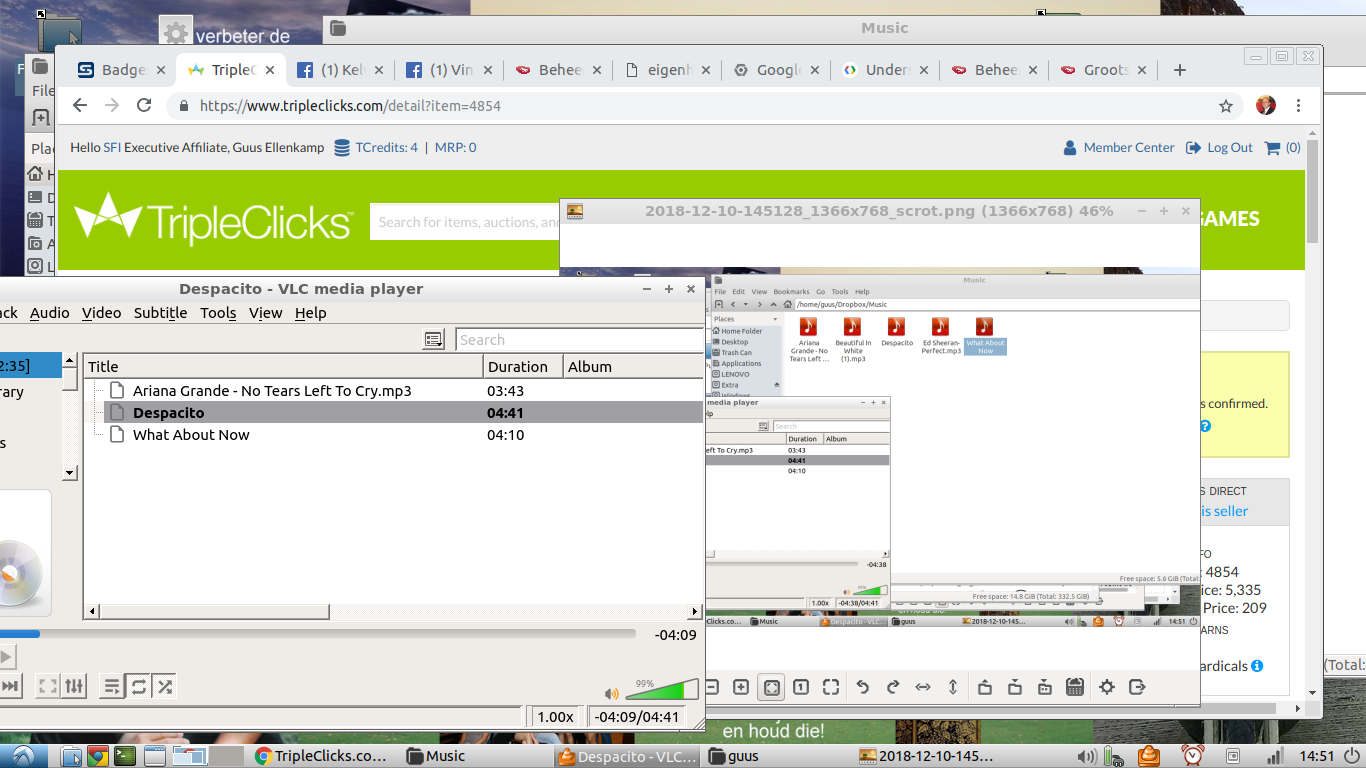 And I was looking for a picture about doing one thing at the time and then realized my current computer desktop would be a good sample of not doing one thing at the time. As using my computer for the last fifteen minutes or so I realized I am trying to do many things at the same time, indeed being distracted by many things on my computer desktop, in my browser and in my Facebook. And I did quite some things based on that. Not really wrong I guess, finishing things like putting a phone number someone sent me, but it is amazing indeed what a computer desktop or browser window with many things or a Facebook page with many options offers in opportunities to do many things at the same time. Or indeed not doing them or not finishing them.