I had a very good phone call with my mam today. At least I thought. Until the moment I told her about my feelings. Things like that I would have expected a phone call instead of a text message when my mam and my sister found out that my other sister was very sick. And that I felt a little left out with the decisions around the funeral of my sister. As everything has been decided without me.

And yes, I can imagine a bit that they sent me a text message instead of a phone call, as it was the middle of the night here. And no, of course they didn’t know that my sister was going to die so soon after. But looking back they had spent hours and hours in the hospital. And is it then so strange to call your son, your brother if your daughter, your sister is in the hospital? And yes, somehow I can imagine you would send a text if you realize it is too late to make a phone call to someone on the other end of the world, especially if you realize that it is the middle of the night for him. But somehow going to the hospital around 12 noon or something when it is something like seven pm in the evening, spending hours and hours in the hospital with all kinds of examinations and knowing that I am a ‘late’ type of person and where I am even the legal representative of my sister, well that hurts a bit, that leaves me a bit left out. But well, the reasoning of my mam was also valid, that they were just supporting Janneke and didn’t have the opportunity to call, like having no balance in their mobile phones. And no, at that time of course they didn’t know how bad it was. Although the text I got from my sister, later, in the middle of my night, made clear to me that something serious was going on. So they knew, so they must have known earlier.

And as I don’t have the funds to go and attend the funeral, together with some other private reasons, I asked if it would be possible if I could attend using Skype or something. And I heard all kinds of reasoning going on between my mam and my sister, like friends of my sister might be able to arrange that. But I suggested they would just ask the undertaker, which they apparently did, as I heard afterward he had said something like there might be no internet on the locations of the service and/or the burial. So that is what I heard yesterday. So today I was bringing up the subject again to my mam, but it seemed nothing had been arranged. And right now it is evening here, and the burial is tomorrow morning Dutch time, so not much, or practically spoken no time all to arrange something like Skype. So again, is it so strange I feel a bit left out? As it seems the undertaker has not done anything, like calling me or e-mailing me to test some video setup or something. And no internet? Well, this all takes place in The Netherlands and here in The Philippines there is internet everywhere, Skype everywhere, like practically all my friends have a smartphone with internet. So that wouldn’t be possible in The Netherlands, one of the countries with the best internet in the world? And an undertaker would not make any effort to try to find a way so the brother of the person who passed away could attend the funeral online? Would that not be a common request in 2014? And wouldn’t it be easy to set up? And yes, even in 2014 I would test that beforehand. As often it is not as easy as it seems. But time is running out, kind of has passed away already. And in my opinion there was time enough, but not anymore.

So no, I guess I won’t attend the funeral tomorrow. And looking at all of this nobody considered I also might have wanted to be part of all the arrangements and such. Like who would be invited, where it would be held, what the time would be,what the priest would say and things like that. And yes, I know that I wrote to the people of “De Losserhof” to arrange everything as my mother would want it. And yes, of course I meant that and of course I will honor that. And I keep telling myself that that was my message. And that my mother lost a child, which of course somehow is the worst thing in the world,even though Janneke was a special child and my mother had a somehow different relationship with her than a ‘normal’ mother and child relationship. But somehow deep inside me something tells me something is wrong. And that I am indeed being left out. That they could have at least asked what I wanted, if I had any ideas about how it should be, especially after I indicated this to my mam this afternoon when we called.

And at the end of the phone call we talked about some practical things, like payments and such, e.g. for the funeral. And my mam just insisted that she was the one in charge, that she was responsible for everything and sign the stuff and such, where I had found that my mam, my other sister and I are responsible together, not she alone. ‘But the undertaker had told her so’, so it was true. And I was wrong. And where I was just trying to help, share the responsibility, make things easier, my mam just got more upset. So in the end the help arrived, so she wanted to stop the call. And yes, maybe I insisted a bit too much to make my thoughts, my wishes clear. But then the connection was lost. And I couldn’t call her again. So I’m not fully sure if she hung up or not, but it appeared so. And that made me a bit lost, yes maybe made me feel left out, again.

So yes, my mam lost a child, her child. And maybe that does more to her than I think, as I indicated that she had a special relationship with Janneke, not the common ‘mother child’ relationship.

But still, she always tells me she does everything for me, that I am everything to her. And that she always worries about me. But I don’t see it, I don’t feel it. As in the end it is always my sister, my other sister, who is right and who she is close to. And right now I wasn’t even asked one single thing, one little input for the funeral of my sister, not even a word to write or to say, not even flowers to be chosen, as my name is already there.

So can you imagine that I feel a little left out? And that I probably won’t attend the funeral tomorrow, even if they somehow would manage to setup some kind of video conference facility? As I just feel left out.

Ah, yes, and of course I am writing ‘again’ negative things, about my mam, about my sister and about who else. As that is what she hears. As she doesn’t even take the effort to read what I write,every day. As she is too old. And yes, I know I can write complaining type posts, like this one maybe is. But I also wrote a kind of celebrating post where I mentioned my sister as some kind of shining star, which you can see in the photo in my Dutch post of today.. And the same photo I posted in Facebook, I think in a very positive way, saying goodbye to my sister.

And strange, my mam doesn’t seem to see how proud I have become about my writing, my posts, the discipline I have learned and things like that. But she doesn’t even agree, even if I doubt she even read one post,so how can she know if it is good or bad. And even if it is bad, so what?

So I hope one day she will be proud of me. 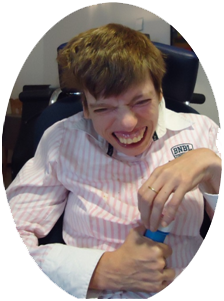