Well, looking at the statistics this seems to be an important post, so maybe we should make this into a page in a later  But for now we’ll just improve the content. 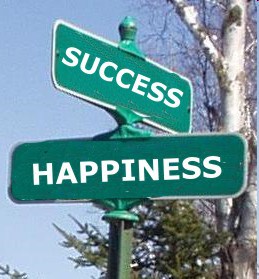 I liked this one, so copied from happiness and success.
And some interesting content there about this subject,but a bit scientific.

Related or the same?

And thinking about happiness and success they seem quite related or even the same. But somehow they’re not. Yesterday, November 23, 2013, I was watching a documentary about Leslie Cheung, a very successful actor and singer and probably much more. Actually this documentary inspired me to work further on the subjects happiness and success and their relation. But apparently Leslie Cheung was not very happy, no matter how successful he was, So success is certainly no guarantee for success.

And looking at some quotes and stuff while searching on Google for this subject I find thing like success does not bring happiness. It seems like the opposite is more true when I have to believe what is written and what people say.

So how to continue with this, how to make this into an inspiring post, how to make this article into   something useful. Not easy, except that I have the feeling that in the end happiness is the most important thing. In the end I think humans just want to be happy. And the weird thing is, right at this moment, this very moment, actually I feel quite happy. And there are no real facts or so that supports this feeling, except that I was playing some music and finally decided to play it over the sound system instead of through the (very bad) speakers of the laptop I’m using right now. But somehow it has also to do with success, with the success I feel that I managed to build this website, build Inspiration for Success continuously. That I hardly skipped a day adding content, writing my daily post, no matter how good or bad and that I kept on sending my daily quotes, no matter that I don’t or didn’t know if people like it or appreciate it or not.

And another weird thing is that this morning I felt very bad, very unhappy. And as of the moment I’m certainly not successful (in ilfe). And the last makes me feel unhappy in general most of the times. But somehow, sometimes it turns around, apparently for not reason.

Happiness or how this article started

I just realized we missed an important subject on this site, in this project: happiness. Which I think is kind of weird. You see, in my mind ‘success‘ and ‘happiness‘ are somehow related, somehow the same. But there are two words for it, so apparently they are NOT the same. And also thinking, feeling about the words ‘happiness’ and ‘success’ they feel different. So happiness and success are different things, similar to the difference between ‘inspired‘ or ‘motivated‘. Also these two words have a different ‘feel’ to me and I guess to most people. Although of the last I’m not sure. Or not so sure anymore. As for me ‘success’ means something like ‘being able to do the things I like to do, want to do’ which is the same as ‘being happy’. But that’s for me? And I’m starting to wonder if it’s the same for all people, or for some, or for many.

So well, yesterday or so I started to dig into ‘happiness’, presuming I was digging into ‘success’. And apparently I wasn’t. And I was pointed to that by a reply of Prof. Ruut Veenhoven who I contacted being an expert in happiness (which I thought was ‘success’). And he said something like ‘nice site, convenient for people who are looking for greater happiness through success’. And that made me realize that happiness and success are definitely not the same, although I still believe success leads to happiness. But I’m not so sure anymore.

As just like five or ten minutes ago I was asking myself if I felt happy or not. And as of the moment I’m quite OK, relatively happy. But I certainly don’t feel successful. Or do I? And I’m not playing with words here, I’m just stating my feelings.

So indeed, you can be happy any moment. As right now, as of this moment, I’m certainly not successful, my (financial) life is in ruins, my partner is out which I don’t like, I was not able to do the things I wanted to do today, but I still feel OK, even kind of happy while writing this.

So what made me feel happy? Did I have any influence on it? Did I do anything specific? I’m not sure. As this morning and the last few days I was in a terrible mood which somehow I did not feel to be able to change. And somehow, somewhere today I managed to start doing some little things and slowly I felt like coming to life (again). And I don’t know how I did it. And I wouldn’t know how to repeat it. And looking back it somehow started with doing some little things I knew I could finish, I knew I could be successful with. But going from that kind of bad mood into ‘doing something’ is a very big leap. And I don’t know how I did it. And I know this normally starts with ‘doing something’. So I know rationally what to do. But when I’m in that type of mood my ratio doesn’t seem to be working. In that type of mood somehow I want to stay in that mood, just feel bad or something. Just feel pity with myself and blame all the world, or blame myself.

So is this what successful people do better? Somehow moving themselves into action faster than I do? And is it indeed ‘habit’? But if so, then why can’t I seem to be able to do it ‘at will’? Ah, willpower. Another subject I’ve been thinking a lot about recently. And yes, somehow that’s part of the basics of success: willpower, being able to control your mind, control your thoughts. But why can’t I do that (yet)? Even if I can reason that out? Or indeed, one may end up with things like “your desire for success needs to be greater than…”.

And how to convert this into inspiration for success?

Useful feedback on this article

And I just got feedback from John on how to make content more useful to our readers. And he said to provide a solution for a problem. But I don’t really have for changing my mood, except that I somehow know it started with ‘doing something’, doing something small I was sure I could finish. And maybe that’s what success is all about in the end. Just doing little things and finishing them.

Well, it’s November 24, 2013 and I am just trying to make this post into something more useful as it appears many people are interested in the relation between success and happiness. Or just in success. Or in happiness. Or they think success implies happiness or vice versa.

But somehow it’s not. Although, as I started this article, I believe in the end we all just want to be happy. And success is just a means we think that could lead us there. And maybe sometimes it does. But I guess often it also doesn’t.

So I’ll just end with something that came to me through Abraham Hicks, who says something like:

“Just find something to be happy about and be happy, no matter what. Just be happy.”

This article started as a post by Guus but as it seems to be an important subject we may want to convert it into a page in a later stage. Last edited by Guus on November 24, 2013.