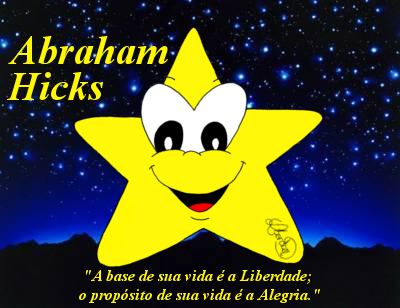 One of the teachings of Abraham Hicks is segment intending and today again I found how powerful that is. I was still very much affected by my internet problems, next to all other things that are not going as I want so my day started with an even worse mood than usual, even though I woke up relatively early as we had guests. And unlike usual days my mood stayed quite low for most of the day, until I decided to do the Placemat Exercise and some segment intending. And while writing right now I realize that I use this segment intending more and more, not only consciously, but also unconsciously. And yes, it all goes back to some ‘deliberate creating’, meaning something to take more control of your own moods, your own life and not so much let it depend on whatever event or person or mood of person or group comes your way.

And it can go different ways, as sometimes I just decide to deliberately have a very bad mood, like being angry or annoyed or just sad. And often that just makes me feel better, just allowing myself to have some kind of negative emotion. And if you’re the same as me you probably often tell yourself that it’s not OK to have a bad mood, allow a negative emotion. Which often makes it worse in my experience, as I’ll just feel guilty or more guilty about being ‘negative’.

But moods are just part of life and negative moods are as normal as positive moods, so somehow it is really weird that we are taught that a negative mood is ‘bad’. And why would it be bad? Why would we need to feel ‘good’ all the time? And while I am writing this I remember that I once told someone about where I stood in life and it went like “I have no relationship”, “My study is not going well” and some more negative things about my life as at that moment nothing seemed to work out. And I just felt guilty about that as I presumed, just like most people, that I’m supposed to feel good, be happy. And you don’t want to know what a truckload of stones or sand or whatever were taken off my back as this person sad something like “Well, if that’s all going on it would be really weird if you felt good or would be happy, wouldn’t it?”. And I think it was the weirdest remark anybody had ever made to me, but it was so true and after he said that I felt a million times better as suddenly I allowed myself the feelings that were just normal for that situation, that time in my life.

So yes, with the segment intending I sometimes still do and that I learned from a thirty day program from Abraham Hicks I am mostly able to go from just allowing anything to happen to me, to deliberately create my own mood. And mostly, or maybe even always, it just works.

Like today, after I had led myself be down for more than half a day or so, just feeling annoyed and pitiful and whatever negative emotions you can imagine I just started writing a ‘place-mat’ and a ‘segment intending‘ paper. And my first segment was something that I wanted to find peace, wanted to be peaceful. And my second segment was that I wanted to have a good evening with my partner.

And guess what, right now I am quite a bit at peace, at least a hundred times more at peace than earlier today and my partner even took the initiative to go out and eat somewhere.

So yes, again, all this ‘pushing and shoving’ we are often doing, trying to do everything on our own, trying to force everything in place as we want it, often doesn’t work, or maybe stronger, never or hardly ever works. And yes, first finding the right ‘mood’, first feel inspired or more inspired mostly works much better and in that state many things often even come to us, without any effort.

So yes, I can really recommend to do this segment intending, whether daily as I did during the thirty days I did the program or just incidental, like I did today.