﻿ Being heard: what would you have done? 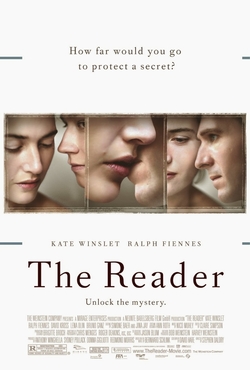 I was just watching the movie The Reader (torrent link here). And I think the sentence “What would you have done” touched me most, as I think it did before. But there is much more in this movie that touched me, hit me, also like before. And strange I don’t remember so much about this movie. Many scenes appeared new, were like I saw this movie for the first time. And I don’t think I saw it so many times, so maybe that is logical.

But there is more. There is also the pride, the things not being said, the things not done, like Michael Berg not speaking up, not doing the things he could have done, like telling the court that Hanna Schmitz could not read (or write). And the pride of Hanna Schmitz, being too embarrassed letting people know she could not read or write having her end up in prison for twenty years or so instead of four or something.

What maybe hit me most was the lost love between Michael and Hanna, somehow very understandable, but so, so sad.

And too many things don’t really seem to add up, as in real life I guess it would be practically impossible to hide that you can’t read or write. Or in real life the feelings of Michael for Hanna would probably be strong enough to make him speak up or get them finally together.

So I guess that is why I am writing this post, probably have this whole site, wrote most of the text in this site. Just to be understood, just to be seen, or maybe heard.