I know what I am planning to write may be a bit strange and may not fit the purpose of the site, but as you may know I have been experimenting the last few days, the last week, with a ‘virtual private cabinet’ as Napoleon Hill said he created, had, for a long time. And me being me I have kind of been forcing the members of my cabinet to have their own personality as Napoleon Hill states the members of his cabinet had. And of course that didn’t really work, as forcing things mostly or never work. But tonight I had a very strange experience, as somehow indeed the members of my virtual private cabinet started to do ‘their own thing’. 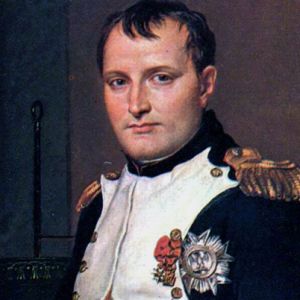 And one of the strangest thing was that Napoleon (Bonaparte) took the place of Gandhi. And his reason was that Gandhi was too weak a person for me, that I needed a more strong person. And Gandhi just left, I don’t know where he went and if he would be back.

And some more strange things happened. As some people were late, like Donald Trump and Napoleon Hill. Or actually everybody was late. And it all started with the remark that I was just waiting, somehow indicating that I didn’t really wanted a meeting, needed a meeting. So it was a bit chaotic, where Richard Branson as usual was very friendly and supporting.

Ah, and what probably started all this was that yesterday I started reading Napoleon‘s biography on Wikipedia. And I was amazed about what I found there, as it seems he was defeated and failed many times. And my feeling and I guess the feeling of most people is that he was very successful. But apparently he was not.

And right now I am a bit amazed with how he looks like, about the photo’s(?!) I am finding from him. As he looks completely different from the image I have of him and how he appears in the meetings, in my imagination.

So strange, to see those people, those imaginations of mine, come alive. And I still don’t know what to think of it, if it indeed is my own imagination playing tricks with me, or if there is indeed some kind of reality, some kind of connection to the real original person.

More to follow I guess. And very interesting to me, and for some of you maybe worth a try. And no, it’s not scary, at least not to me. I’m just looking for help and they are helping me. And that’s a big thing to me, as it’s not easy for me to find people, friends in real life helping me.